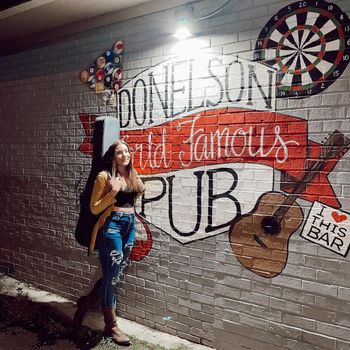 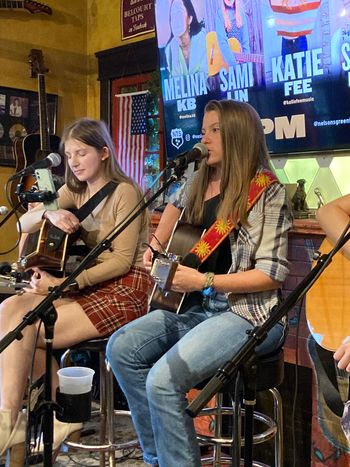 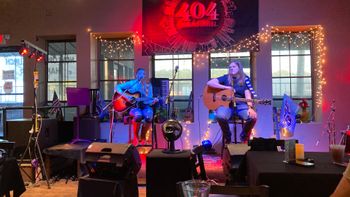 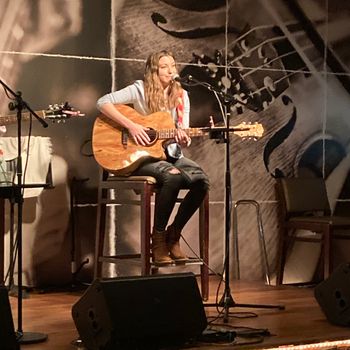 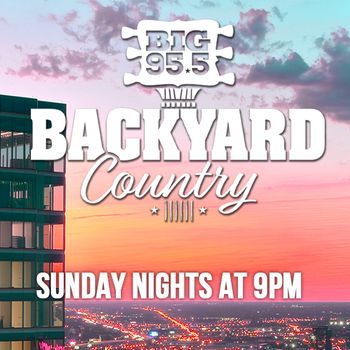 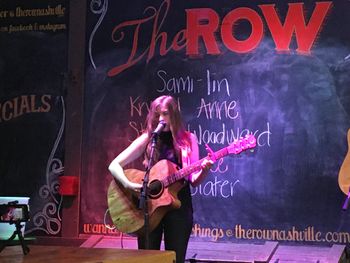 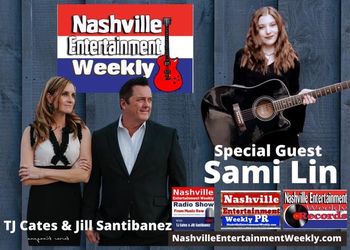 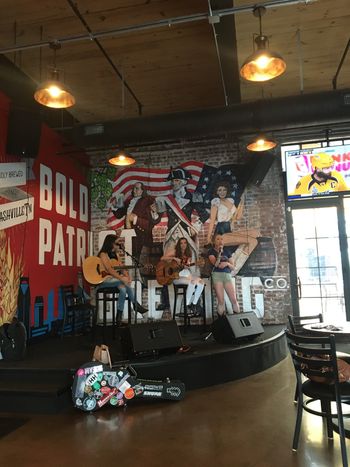 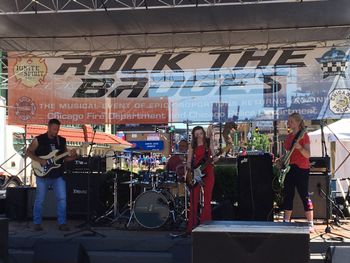 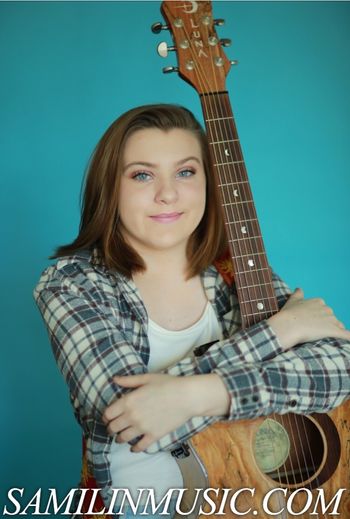 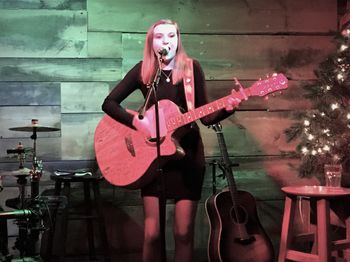 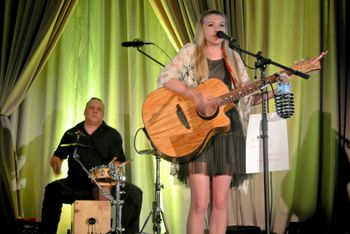 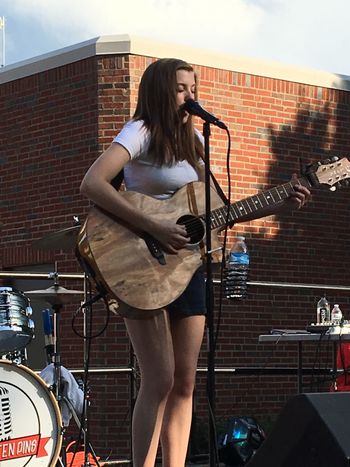 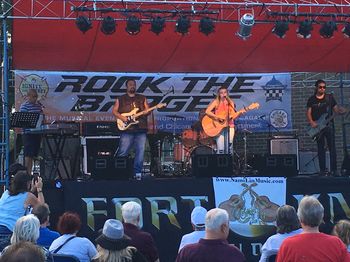 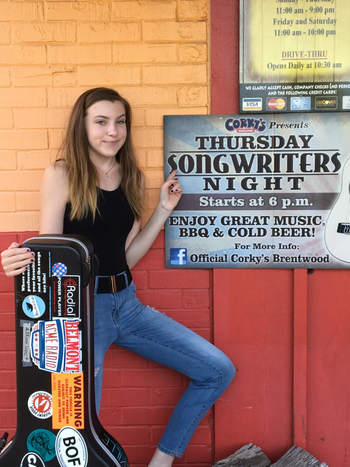 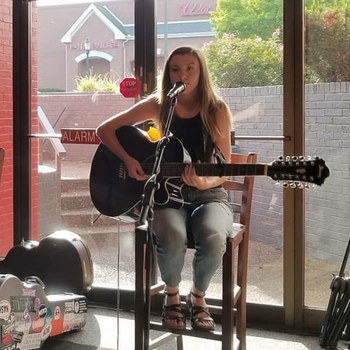 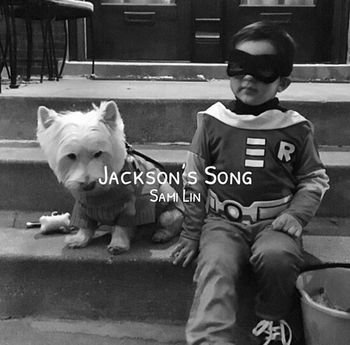 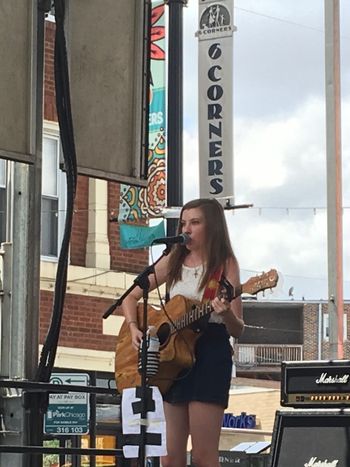 Sami Lin, originally from Chicago, is now a Nashville based singer, songwriter, performer, music blogger, and Tunedly Artist. Sami Lin is a graduate of the Belmont University Songwriting Program and is a member of the Belmont University Songwriters Association (BUSA). Sami Lin’s current release Cowboys Don’t Break Your Heart placed in the World Songwriting AwardsTop 10 in the Best New County Song category. Sami Lin has been featured in Nashville Voyager's "Daily Inspiration" segment and been the opening artist at Backstage Nashville. She discovered her passion for music in the sixth grade and began writing and recording her own music at thirteen years old. Sami Lin’s music and style have been influenced by pop, classic rock, country, and Christian worship music as well as hard work, broken straps and electrocution from a faulty amplifier. Sami Lin's songwriting and vocal style has been compared to Taylor Swift and her setlist includes classic covers as well as original music. Sami Lin has music on Chicago's Big 95.5 Backyard Country radio show, Radio SoBro, Pandora Internet Radio, Belmont University Nashville's Sounds of Summer 2017 playlist on SoundCloud and has been featured on Women of Substance Internet Radio Podcasts. Sami Lin's single Jackson's Song is being used by the Dravet Syndrome Foundation in an awareness video about this disease.

Sami Lin's music uses catchy hooks, such as "April fooled me" and "Casket or a Throne, A Soldier Comes Home", that grab the listener's ear and keep them humming along after the song is over. When crafting a new song Sami Lin strives to not just write lyrics but to elicit a variety of emotions from the listener. "It motivates me as a songwriter when someone walks up to me after a performance and tells me they felt as if I had written that song about them". Sami Lin's music employs the vintage sounds of the upright bass, cello, violin, ukulele,  and the hypnotic melody of the cajon.  These traditional sounds blended with tones produced by modern instruments give her music a cool vibe.

Sami Lin's recently released single “Cowboys Don’t Break Your Heart “ was produced by Master Producer Dave Demay at Song City Studio in Nashville, Tennessee. Other recent releases "Can You Hear Me" and "A Soldier Comes Home" are Sami’s first self-produced songs. Sami Lin's music is available on iTunes, Spotify, and other digital providers.

Sami Lin is a frequent performer with Nashville Tour Stop and other songwriter venues in "Music City". Whether performing original songs or contemporary covers in large or small venues, on Nashville songwriter stages or all around the Chicago area, Sami's sweet, powerful voice accompanied by her 6 or 12 string guitars engages her audience and doesn't let them go.  When the performance starts the connection begins, the love for her fans flows and the magic happens.  Sami says "I love my fans for loving me".

Sami Lin is currently in the studio working on her first self produced EP which is due out in the Summer of 2022. Please check out the links on her website to get updates on her music, videos, and performances. Use the contact link to request information or inquire about performances. And don't forget to join our mailing list.

"Sami Lin is a singer songwriter based out of Chicago, IL.  This bright, young teenager is bursting with potential to be one amazing artist.  Sami writes songs that connect to everyone.  Regardless of what you are going through, there is a feeling that can be made with her music.  Her music is country influenced with a hint of pop added in.  Sami has recently completed her first album “Tracks From My Past.”  Her music is available on CD as well as digital format."
“Sami sings from the heart.  And when I say heart, I mean it.  Her songs are relatable and that’s what makes it so easy to like.  She is an inspiration and a guiding light for those who need it,” says, Tish Ciravolo, President and Founder of Daisy Rock Girl Guitars.


"Sami Lin's passion for music, her hard work and her courage in seeking performance opportunities make her an unusually poised young performer. But it is her composing that impresses me even more. Sami Lin's songwriting style features untraditional chord changes at times, giving her melodies a fresh, tasty feel to them. It is having a protege like Sami Lin that makes my job rewarding". Paul GIlvary, Chicago Lifeline Theater composer